The Unbroken Chain of Protocol

The Unbroken Chain of Protocol (part I)

We are asking support from our Sheykh, from the Holy ones, from the Sultan Awliya, from our Holy Prophet (asws).

We are here because we are very bless, because Allah swt has given us the singular blessing of gathering here, selecting us from billions of people, giving us the ni’mat of Islam and the value coming from the children of Adam and to be belonging to the Ummat of the most Holy beloved one, the Holy Prophet (asws).

Allah swt has said in the Quran e-kerim, ‘Wa Laqad Karamna Bani Adam – and we have honored the children of Adam.’

That has Oceans of meaning.

Allah did not honor the Angels, or the animals or anything else, but He has honored the children of Adam. And we are also blessed to be belonging to the nation of His most beloved one (asws) that as we said earlier, even Prophets they were begging Allah swt, they said, ‘take away this Prophet hood and this honor ya Rabbi. Make us to be just one normal member of the ummat of the Holy Prophet (asws),’ because they understood the value.

They understood the value and the honor that Allah has put to us, belonging to the nation of His most beloved one.

This nation, out of 124,000 Prophets, Allah swt did not grant that wish except for two – Isa (a.s) that we are waiting for him to return, insyaAllah and Nasruddin Hoja.

Nasruddin Hoja, some of you may have heard him. Nasruddin Hoja, he was created on the day of Promises as a Prophet, but he wanted to be a normal member of this Ummat. And he was saying ‘Ya Rabbi, make me to become a regular, normal one. Not a Prophet. Take this honor from me. But I want to be one of the member of the Holy Prophet (asws) ummat, to take away their burdens. Let me to carry their burden.’

Nasruddin Hoja, he is a big saint, a high level saint. Some of you may have heard him. He makes jokes. He tells stories, teaching stories, and with those teaching stories of Islam, of yourself, of your Lord, the jokes that he said, you listen and you laugh.

For that moment, all burdens, no matter what kind of burdens you are under, it’s been lifted from you, for that moment.

But Allah has blessed us, Alhamdulillah, to be here especially in this country, to show Islam. To show the real Islam.

Holy Prophet (asws) said, ‘Judaism, (what has been revealed to the Bani Israel) that religion will be divided into 71 different sectc (71 different groups, this is Hadith e-sheriff), one of them is on the right way, 70 are in deviation.’

Then he said, ‘the followers of Isa (a.s) will be divided into 72 different groups, one of them is on the right way, 71 of them, 71 groups, they are bounding to Hellfire.’

Then they asked him, ‘what about Islam Ya Rasulullah?’

He is saying, ‘Islam will be divided into 73 groups. One of them will be on the Siratul Mustaqim, and 72 will be a deviation, bounding to Hell fire.’

And he said, ‘those are the ones who is following my Sunnah.’

From Wahabbis, to Shias, to ahle-Sunnah, whatever group that they may call themselves. But, Holy Prophet was saying, ‘those who is following my way, my footsteps and the footsteps of the sahabi e-kiram. Those who follows me.’

There is a chain. ‘The chain, it is unbroken and it leads to me.’

The chain, it is not the western understanding of a chain, a protocol that is going to take a long time to reach. It’s not bureaucracy, it’s not red tape. It is a live wire.  A live wire that has been set for 1400 years. All  you have to do, even if you are so far away, is to touch. Touch that live wire, and you will receive that.

Muslims, they are laying their own wire, trying to reach to Allah.

SubhanaAllah. Then you belong to the other 72 groups. 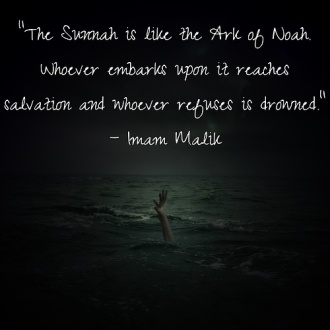 Are you following what sahabi e-kiram brought?

Are you following what the Tabiin brought, took from the sahabi e-kiram? 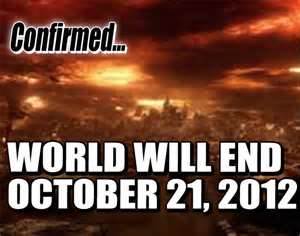 For example, even on a zahiri knowledge level, on an external book knowledge level, it’s open to everyone, they thought for example that in the year one thousand that this is going to be ahir zaman, it’s going to be Qiamat. But their huge, king-size scholars at that time who are also belonging to Tariqat and they were also Awliya Allah, they said, ‘No. it is not.’

But they said, ‘but five hundred years from now, it will be.’

These are all different signs that Holy Prophet (asws) has given to us. That is a whole Ocean there, about the knowledge of ahir zaman. The reasons for understanding the knowledge of ahir zaman is not to put fear into our hearts or paranoia or anxiety. Because it doesn’t matter if the world is going to end in one day or one thousand years, we know that we as believers are prisoners between two breaths. That our death, may come at any moment.

We were created for Paradise.

So everything that we are doing now,  has to remind us of death. Whether or not we believe this ahir zaman, which only the foolish ones will not believe that this is the end of time, ahir zaman.

The reasons of us understanding that this is ahir zaman, is for us to come out from the fitnah, from the confusion of dajjal.

We are here as believers. A believer says that my faith is not enough. That my faith must grow everyday. Because Holy Prophet (asws) is saying, ‘a believer’s today must be better than yesterday. And his tomorrow has to be better than today.’ It doesn’t mean now that because you pray five times a day, tomorrow we have to pray ten times.

The centre is here (Hoja pointing to the heart).

And the sahabi e-kiram they were saying, ‘Holy Prophet was saying so much about dajjal that we thought he was hiding behind us, in the date palm, springing, coming at any minute.’

To be continued in Part II…..insyaAllah

This entry was posted in Hoja Lokman Effendi (2012). Bookmark the permalink.