The Masjids of Allah in Ahir Zaman

The Masjids of Allah in Ahir Zaman 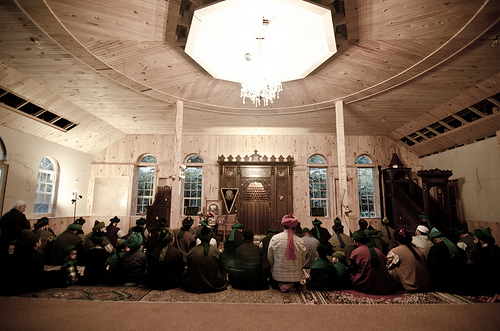 How nice it is to be able to celebrate the Eid, the Jumu’ah, in this time in ahir zaman properly. To fulfill all the sunnats properly, and to come and to worship properly without rushing into the masjid like a thief and coming out like a thief.

People are not finding the rest inside the masjid anymore. They come into the masjid, quickly they come in, they pray quickly like a thief and quickly they go out. The masjid, is a place, is a Jamii. Allah Ya Jamii, the One who brings people together.

Or is it going to be those ones calling themselves muslims, but you are looking that their lifestyles is not following Holy Prophet (asws)?

They don’t like to be in a group. Especially sheytan, they hate Muslims to sit in a circle. It says, ‘No. you must stand in a row.’ 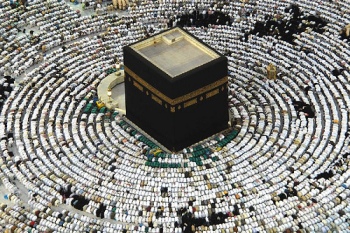 They don’t like. Because  the circle is specially blessed, when you sit in a circle. 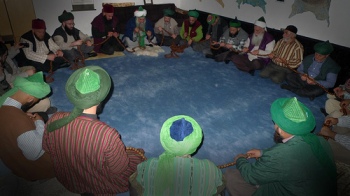 That is mention in Quran e-Kerim, mention in Hadiths e-Qudsi, mention in the Hadiths e-Sherif, ‘those who are sitting in  a circle and remembering their Lord, how bless they are going to be.’

So, the masjid, it has stop becoming a place where people find rest, to escape from the dunya and to remember Allah.

It doesn’t mean you have money, you are going to build the masjid. You must have the belief. That is the most important.

Believers, Allah is saying in the Surat at-Taubah, is qualifying the believers. Who these believers are that Allah is identifying them?

Allah is a turner of hearts. He is going to give Islam to them, but we are opening the way. We are not closing the way. 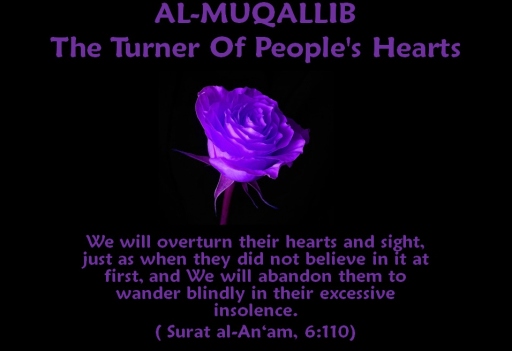 So, the masjid in these days, they are big, empty. Once in a while on Friday, for half hour it is full, then the rest of the day it is finish. You don’t believe me, go to see where it is, how it is. Can we blame the Jama’at?

Of course we can blame the Jama’at. But like they say in Turkish too, if the Imam does something, the Jama’at is going to do something worse.

Can you be democracy?

Your father, you and your children, why not have a democracy? 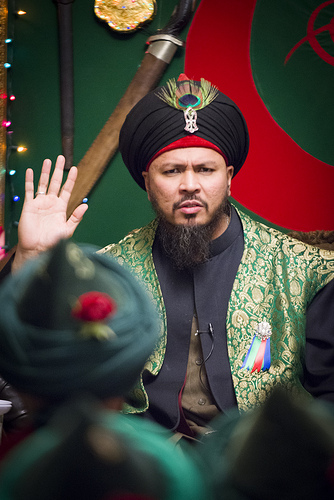 So, the masjids now, we leave the jama’at. Like they say in Turkish too, ‘the fish, it rots from the head.’ So, now we come, and I’m giving warning to myself too, I’m not pulling myself out of this,  those who are calling themselves Imams of masjid, what are you giving to the Jama’at?

You must give them something. If you are only coming to masjid, if the Imam only knows how to sit up there and instead of giving wa’az properly,

instead of giving sohbet properly, instead of giving khutbah properly, they are only there, spent a couple of minutes talking about general things, or they are stuck, they don’t know what to say, they just pick up a couple of ayats from Quran and just give freehand tafsir on the spot, when you are stuck, go to the next ayats and just talk generally like that. But every week, you must stand up and you must say, ‘give zakats brother. Brother give zakats. Masjid needs you, give zakats. We are going to build this, we are going to build that. Collect.’

Isn’t that now a new phenomenon they are saying? What? 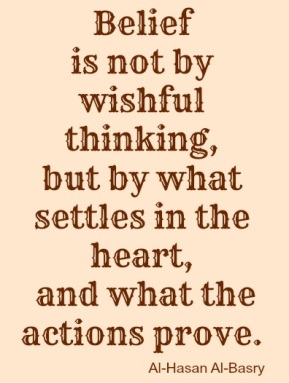 You think Islam, it is so simple to say, no, don’t do anything, Islam is easy, Islam is merciful, just know how to pray five times a day if you can, if you work just do qazar, pray one time.

One month a year, eh that time, try to do as much as you can. It doesn’t matter now. During Ramazan time, fasting is the most important.

Give zakat? Give zakat, oh, who is giving zakat these days properly, and going to the Hajj, Hajj?

No, a vacation, not a hajj. Going to the last Vegas of the middle east. Going there to look, like we have the time square over here, Empire state building people go up to look at empire state building. In London, you go up to look at big ben, and in Mecca e-Sheriff, you are not looking at the Ka’abah anymore, you are looking up to see a clock tower, that looks exactly like the tooth of a dog, that is sharp, that is fulfilling the prophecy of the Holy Prophet (asws) 1400 years ago, ‘the end is coming, is near, when you see this naked and bare foot, destitute bedouins from the Arabs, and they are racing with each other to build tall buildings, Sharp, like the dog’s tooth.’ 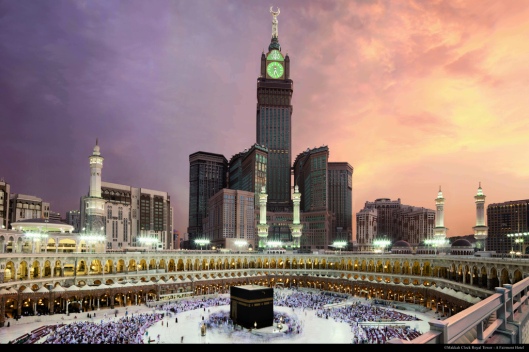 It’s coming all together now.

Otherwise you are assuming something, you are representing Holy Prophet (asws) at that time and you are making so many foolish things, so many egoistic mistakes, heaviness is going to fall, you are going to spray and infect all your Jama’at.

People are proud. One billion muslims. So what? 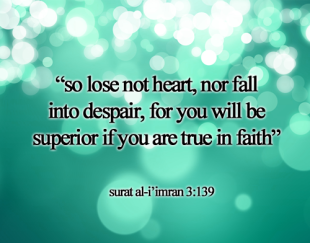 Masjid, you learn all the zahir knowledge there. You may learn from certain classes, to learn this and to learn that.

In these days, like what Sheykh Effendi is saying in the khutbah, ‘don’t run to learn so much, because it is poison out there. More you are learning, more ignorant and arrogant you are going to become,’ because they’ve changed all the ‘signposts.’

It is not. Especially in these days where they cut and they chop and they removed so many things. Is this hiddenly secret?

It is out in the open. They are going to take out and they have already taken out.

So many religious majlis around the world, calling themselves Islamic countries, they are doing that. They say, ‘you know, it doesn’t fit into this time. Any hadiths that Holy Prophet is talking about woman, that our feminist voters they don’t like, we are going to remove that.’ So all the hadiths about woman they are going to remove. All the hadiths talking about slaves, they remove that.

All the hadiths talking about what? What else? Kingship?

So, you cut and you trim and what are you going to get? 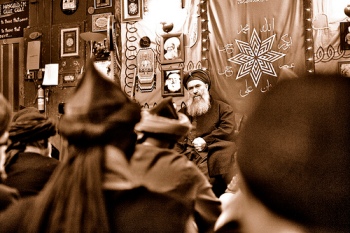 So, find that guide. That guide who is not dependent on ink and paper. That guide who is depending on the Holy Propht (asws). Find him, that time you’ll be okay. You don’t have to run around so much. Then whatever that you keep, little things that you know and you keep doing it, more blessings will come to you because you are doing that, because you are not letting go.

Wrong, it is wrong.

InsyaAllah ar-Rahman, we are asking for the Sahibul Zaman to come quick, to clear up all this mess, big mess. This mess cannot be cleared up by us. It has to come with heavenly power to clean it up. 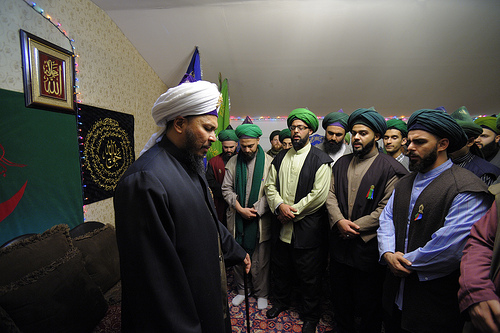 This entry was posted in Hoja Lokman Effendi (2013). Bookmark the permalink.

2 Responses to The Masjids of Allah in Ahir Zaman