The Osmanli Way – We have a journey and we must make it before Azrail reaches us.

Slandering, lying and backbiting are some of the biggest sicknesses of the Muslims today. In the old days people weren’t daring, saying, ‘This person is a Sheykh.’ Even if he was a bad one no one was saying anything about that bad one because, ‘Maybe he has some good connection and I’ll be punished.’ Today’s people lost that faith. It’s a sign that the faith is lost. There’s no faith there. That is enough sign that, ‘Yes, you lost that faith.’

Today you saw that person doing something wrong with your own eyes, let’s say. Maybe tomorrow he has asked forgiveness and Allah subhana wa ta’ala has forgiven that one. What is your business to go opening that one up? It is a forbidden action. Allah forbid it, Alayhi salatu wa salam forbid it and the Awliya Allah are forbidding. Who’s giving right to who? Sheytan must be.

So maybe people don’t know the heaviness of that. I may say the heaviness. Those who are backbiting and slandering, these words are for those. Huh, if they are speaking the truth then they are not given the permission to speak the truth because Allah is saying, `If I’m opening something wrong about that one to you, it is only for you to look at it, take lesson and to cover it and walk away. It’s not your business to interfere what that one does and to go around making confusion.’

Confusion is another biggest sin that man can do. So the Holy Prophet (sws) is saying, `If it is a man who’s backbiting and slandering, his sin is just like that man who’s standing right in front of the Kaba and making adultery with his own mother.’ Did you like that one now? Think on it. `If it’s a woman who’s doing that it is just like that woman standing in front of the Kaba and making adultery with her father.’ The heart must be shaking now. For people who have faith, their hearts must be shaking. And if I, you or anyone who’s doing that, right away you must say, `Astaghfirullah Ya Rabbi! And I’m not doing that anymore.’ If the person thinks that he has the luxury to continue with that, mashaAllah.

Ohho, Abu Jahil said so many things to the Prophet (sws) in front of him and behind him. It didn’t give him high titles. It just put him through the lowest hells. Did the Holy Prophet (sws) lose something? No. The more they said to him the more Allah subhana wa ta’ala praised him to higher stations.

Yes, so many are fighting in these days, especially in our tariqat, about who’s a wakil, who’s a Sheykh and who’s not. They are just tying the whole tariqat circling around two men. This tariqat didn’t start yesterday. From the time of the Holy Prophet (sws) it’s continuing. Abu Bakr Siddiq (ra) took the secret from the Holy Prophet (sws). He had 124,000 Sahabis around him and every one of them took secrets from the Holy Prophet (sws). Hazrat Ali (ra) wasn’t saying, “Ali is the only door going to the Prophet (sws) or going to Abu Bakr Siddiq (ra)” or “This one is the only door.” Every Sahabi had their own secrets and Allah subhana wa ta’ala is giving secrets to every creature. Every creature has its secrets.

So Abu Bakr Siddiq (ra) when passing from this world passed the secret to Salman-e Farsi (ra). So many more people entered into Islam and so many more people started working for Islam, started working in that tariqat, spreading everything away. Coming down to this time when all tariqats must lead to one tariqat, all tariqats are leading to one tariqat and that tariqat is the Naksibendi Hakkani Way, all tariqat roads are entering into that main highway and some people are disconnecting, cutting everything off and saying, “We’re just giving this title to two men.”

I’ll tell you what’s Sheykh Mevlana saying. Sheykh Mevlana is saying, he said it so many times in front of me, he said it so many times in front of other people, saying, “If a man can manage to bring forty people around him, if he’s living on the other side of the world and he has never seen me and he accepted me through his heart, he’s my wakil on those people. If they’re accepting him and he’s accepting them, then I’m accepting that one. He’s my wakil.” Who’s the wakil? Wakil is not that one who goes around backbiting, slandering and attacking other people. Wakil is that one who runs to do a work for his Sheykh, for his Prophet (sws), for Allah subhana wa ta’ala and for the whole mankind. That one is a wakil. Allah subhana wa ta’ala has given a higher title than that to a wakil. Allah is
making man to be His Khalifah on the face of the earth. You want something higher than that?

He (swt) is saying, “I have honored you to be the Khalifah on the earth.”

Khalifah not only to these people because everyone is one Khalifah. But mankind is not carrying their secrets that Allah has given to them. So they’re not knowing what to do with it.

So inshaAllah, this much should be enough for you and for me because I’m hearing back and forth, people are attacking back and forth, especially to our sites people are attacking, I’m hearing. We’re not responding to them. We’re not going to respond to them. Those people who are following the Osmanli Naksibendi Way, Osmanli Way is not just to go opening your mouth back and forth to fight. We’re not responding to them. They can attack as much as they want. We are going to continue our journey. As another saint said once upon a time, “The dogs are always going to bark. The caravan is going to continue on its journey. That one is a fool who stops and starts barking back to the dogs.”

Don’t bark to the dogs. The job of the dogs is to bark and the job of the wise man is to watch and not to get bitten by the dog and continue his journey. We have a journey and we must make it before Azrail is reaching to us.

We have so much work to do on our own selves, in our own families and in our own loved ones that are surrounding us. If we finish all that then ohh… if you’re in America then America has 300 million people. Reach to them. Don’t fight with each other. Saying, “One Sheykh in America. Only one Sheykh”

Grandsheykh said. I was present. That time some nonsense was going on again, saying, “One sheykh, one sheykh.”

Grandsheykh heard this and he said, “What one sheykh?” We were getting out from the car trying to move to one place, before we were reaching from one house to another house twenty-four hours passed. He said, “Not one Sheykh, not 1000 sheykhs are enough for this country.”

What Allah is giving to you is yours. No one’s going to take it away. What Allah is giving to that one, you cannot take it away. In the army the Generals are giving the stars to some people. They pass their tests and they get their stars. The head, the Genel Kurmay, the head of the army, what do you call that one? “The Chief of Staff.” Chief of Staff or whatever is passing from there, giving sign saying, “Now this one has three stars.” The one who has three stars is trying to take that away or the one who has four stars. You cannot take that
away because you’re not the one who’s giving. The highest one is giving. You cannot even take from the one who has one stripe here. You have to show thousands of reasons before you are taking that stripe away. 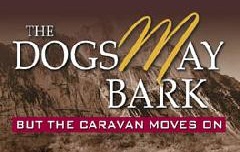 The Turks adapted themselves into tariqat very well because they have always been trained through the army way. And yes, most of the things in the army are just like working in the tariqat. In these days, because there’s so much weakness, we’re not working that way. We’re just working a little bit differently. So because of that so many dogs are barking.

We must continue in our journey. Work on our websites, do things, spread whatever you can spread. Permission is given. If you think that you are sincere to spread, to put words to people, open up a site and spread it. Even if you’re putting your own pictures in it, it’s okay. Put a picture and spread the word, spread the word to other people. Try to reach to other people. You’ll be rewarded for that. One day that man may wake up and say, “What am I doing? Why am I doing it in this egoistic way? Let me do it in the right way again.” And according to the person’s intention Allah subhana wa ta’ala is going to direct that one to the right way.

We are not going to attack those ones who are attacking us. And as a matter of fact I have news also that some people, as they did it before, they entered to our websites, our groups and this and that, spying, taking words, taking people’s email addresses, attacking them, writing to them and saying bad things to them. It is easy to find them out and to kick them out. We are not kicking them out. They are going to stay in our sites unless they take themselves out. They are going to learn some manners. They are going to learn some manners because most likely the areas that they are following have no manners. So they don’t learn manners that way. They may learn manners. We don’t attack them. They can come to our dergah, they can sleep, they can eat, they can sleep, they don’t have to do anything else. Only thing is they just have to be under the authority.

This entry was posted in Sheykh Abd Kerim Effendi (2012). Bookmark the permalink.