So many women scholars are called “Shaykha” and “Ustadha” is this Islamically acceptable?

Posted on December 9, 2014 by sahibulsaif

Question: So many women scholars are called “Shaykha” and “Ustadha” is this Islamically acceptable? 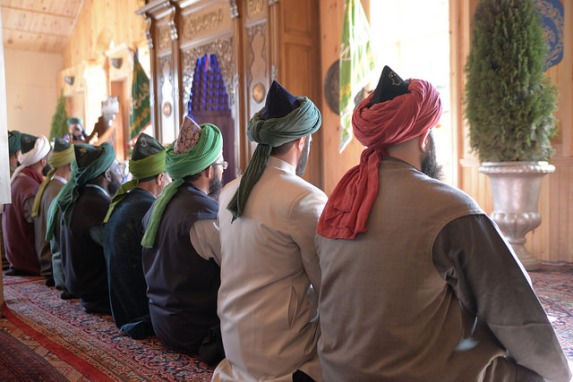 Huh! It depends on who is claiming to speak on the behalf of Islam. Awliya Allah they are not accepting ‘Shaykha’. There is no such thing as ‘Shaykha’! In the Hanafi mazhab especially, no such thing as Shaykha. Is there a women Prophet? No. No matter how high the station of that woman is, she can never be a Prophet. Of course some crooked scholars here and there, a lot now they are saying there are women Prophet. Eh, some daring to say that Hazreti Maryam was a Prophet. Their agenda is different. They are being fed by different authorities to say, ‘we must push the women’s right. So if we say there are women Prophet, there are Muslim women leaders, there are women Imams, they can lead prayers, then we can change this religion from the inside and make weakness to enter.’ It’s happening isn’t it?

It doesn’t mean that the women mustn’t learn, cannot learn about the religion. You have to learn. That is open for everyone. But it means to learn and to teach and to become a religious leader, it is not for women. And in another Hadiths, Holy Prophet is saying, ‘When your women become your leader, that is the end of you!’

Look at History, look at living History where there are a lot of women leaders, what happen to this nation? Eh! People are not liking what I say now. Doesn’t matter, I’m going to keep on saying it. You like it, you like it, you don’t like it, who cares. But we are speaking the truth that is coming from Allah and His Prophet of fourteen hundred years with the Awliya Allah. Times have change, we are not changing. The Truth never changes.

So, the women, they can instruct other women. That’s okay. But the women, having the same position as the Sheykh, it is unacceptable. This is what my Sheykh has taught me from his Sheykh, from his Sheykh’s tradition of fourteen hundred years. That is the major teaching until one hundred years ago. But, if you want a different answer, there are so many different scholars and they can give you different answer too. I’m not a scholar. Huh! The scholar can tell you that time, ‘Oh, you can even be gay now and you can teach Islam.’ May Allah forgive us. And make us to become better ones. InsyaAllah. 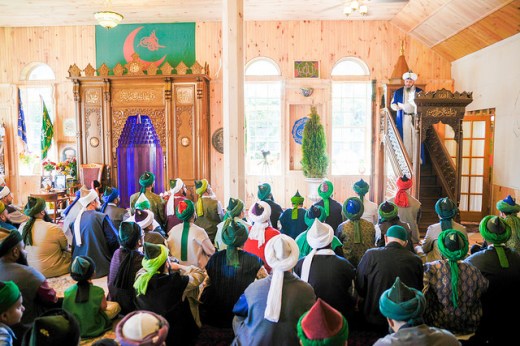 This entry was posted in Hoja Lokman Effendi (2014). Bookmark the permalink.

1 Response to So many women scholars are called “Shaykha” and “Ustadha” is this Islamically acceptable?