What is it about falsehood that leads people to extreme evil?

Question: What is it about falsehood that leads people to extreme evil? 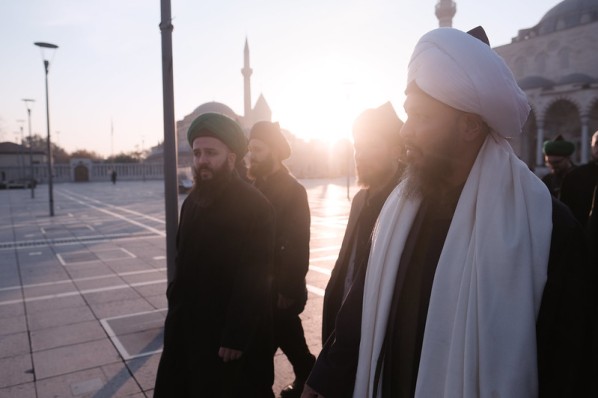 They did an experiment, I read, this bunch of kids and they didn’t wash their hands and they touch bread. Some of them put hand sanitizer and they are touching another piece of bread, some of them they take a bread and they put it on the keyboard of a computer, different kinds, and they sealed it, one month later they looked at it, the ones where you wash your hands with soap and water you touch, nothing really happens. The bread that even with hand sanitizer there were some mold and the bread that they are just rubbing on the keyboard of a computer that is not clean, it’s completely black. It’s a bread.

If you are surrounding yourself with that things, you are going to be that, you are going to become that. If you are surrounding yourself with good things, it’s not going to pull yourself to that direction, there is that potential still. The man has the potential of an evil that is more powerful than sheytan. He has that potential. That evil, let’s say it’s under seventy thousand levels of lock and keys, if you keep it there you can even use it, if you start releasing it, it will take over. Man’s desire, his own ability to open it by himself is already very bad and he has that power. He opens it himself in dunya, that’s already having one ally. He opens himself in dunya and he has sheytan and dunya and his desires, then the ego just locks in. You keep the ego separate from that. It’s not going to. Everyone has that potential, that potential to unlocking the ego is only discovered in the past hundred years where more they studied the mind and they said, ‘oh,’ instead of studying the mind to make people to become better, primarily because of capitalism, they say, ‘we study the mind to see what the desire is so that we can sell them things. They don’t have that desire, we will give them the key to unlock it and they will have that desire.’ You don’t have a desire to eat pizza at 2 o’clock in the morning, you watch a commercial and you get hungry. You don’t have a desire to do wrong things but you see it happening over and over and over again and people saying, ‘no, it’s good,’ you are going to unlock it.

What is it about falsehood? Because we have that inside of us, we have that ego and if we are not serious about that ego, that it is dangerous, then we are going to let it to be led astray by anything. You know how it is, especially man who is not studying himself. If you study yourself, you know a certain color is going to make you think this way, a certain word is going to make, a certain smell is going to come. It’s usually through the senses. Okay, first the senses, and then you understand now the mind. You have to take the next step in order to.., first to tame the senses, now you have to tame the mind, then you have to tame the heart. Correct or no? There are different levels there. Now, once you start taming it, certain power will come to you, certain energy will come to you. It doesn’t mean those energy are hundred percent good. Now there’s a next level of doing it.

Man’s religion is the religion of his friend, so whoever your friends are, you have that, you see something outside, you connect, you become. But deeper than your ego is your spirit. It is the spirit that is keeping everything alive and the spirit needs is stronger than the ego’s needs. So the Prophets they came, Evliyaullah they come, goodness it comes, signs of Allah it comes, you get pulled. You don’t understand, it gets pulled. Do people have to be pulled to goodness? They know what goodness is, they know what innocence is, they know what kindness is. That is a state of fitra that we have. So many times we’re taught what is bad. We don’t want to do it but it’s taught and it’s pushed and it’s stamp and it is brainwashed to think that, ‘no, this is okay.’ And when you come into Islam, you come again to a state of fitra and you say, ‘ah, I forgot about this. This is what my great great great grandfather they taught me.’ Suddenly you start remembering these things.

We went through this not forty days ago, walking in areas where, certain spiritual areas, religious areas in Turkey or in Cyprus and it puts you in a different way of thinking and believing. Why is that? Because you understand spirituality is no longer a private, hidden thing against to whatever that is out there. There was a time when spirituality was everything that was out there and you still see, let’s say, the ruins of that, the remnants of that and it is so nice that you can stop fighting a little bit and let it to come out, to be free, correct? What is it that is there giving you the keys to unlock the spirit, to come together? Everywhere you see you may say, I don’t like to use words like this, but you see like Divine propaganda, let’s say. And you don’t see sheytanic, dajjalic thing. So in that kind of situation a man has to really fight against his nature that is pulling his spirit, to do something that is wrong, to be evil. Correct or no? You have to dig deep. The same way that you are surrounded by kufr everywhere, you have to dig deep and you have to hold yourself in just so that you are not affected. But this struggle that we are seeing and we are feeling here, this wasn’t a struggle for fourteen hundred years. It was there, then they can go to the next level of Tasawwuf. Us, we are just in the kindergarten. May Allah forgive us. Fatiha.

This entry was posted in Questions and Answers, Sheykh Lokman Effendi (2019). Bookmark the permalink.