How can we truly be like obedient dogs to our Sheykh?

Question: How can we truly be like obedient dogs to our Sheykh? 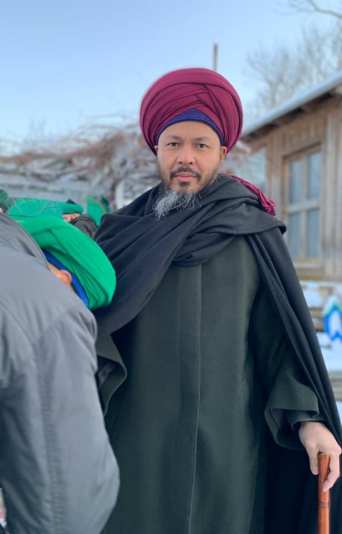 You know for years when Sheykh Effendi was washing people up, I was putting myself in their shoes. Sheykh Effendi was training me that way not to say, ‘huh! He’s yelling at you, I’m safe.’ but to really put myself as if Sheykh Effendi is yelling at me, washing me up, it is my fault. It’s not easy. I’m not pretending, really. It’s very heavy. You are going to train yourself with that, you will become. But if you are not training yourself, you will not be.

Then training, first thinking, putting it in your heart, putting it in your life, ‘What if he says this? What if I’m going to?’ that is still theory in your mind. Then small things that’s happening to other people, put yourself in their shoes. Then small things that’s happening to you, to say that you belong, that we’ve become dogs to our Sheykh, it is a dua. It’s just a wish. Then count to see how many times we are being not that dog, we are being a kopek, we are being a saldrán when the Sheykh is saying and then we are rebelling. Then look to those times and say ‘estaghfirullah,’ don’t pretend that we are. Because the believer also is not going to say, I have a hundred percent belief. The believer is the one who thinks, ‘I have hypocrisy.’ It is the hypocrite who is very sure of his faith. But those who are not listening to our sohbet, now they are listening too. I’m seeing their tone is changing. He’s smiling a little bit, here and there, very good you should listen more. Before you didn’t listen, now you listen. One way or another you are going to listen. Yeah, but you are not going to give yourself excuse. This is the thing, giving yourself excuse. You ever see me giving excuse to Sheykh Effendi? Why are so many people giving excuse? First try not to give excuse through the tongue. Then later you will understand how to process it through the heart. It’s pretty simple. Then you understand, so many times even if he yells it’s not a big deal. It’s not the words but it is what is behind that and you are just going to continue. That time the owner is going to kick at you, yell at you, it’s okay.

We are all humans, we can feel a little bit here and there, but to have control over it, to step on it. That is the whole key. Like I said some people they are puffed up like balloon, sitting like this (proudly), with a little poke and then they explode and they forget that time. Murid x is here. He is sitting like that and (proudly) and Sheykh Effendi tell murid x to imitate, and he’s putting a cushion on his chest. For the first time I see he is sitting like this (hunched over) a little bit. In this dergah, in the merkez, Sheykh Effendi is not poking with pins, he’s taking the cleaver and the knife and he’s chopping us to pieces. So to reach to that level is high, it’s very difficult, but practice. Like I said first, stop your tongue from talking too much. Now people they don’t talk but they text. Don’t. Understand. Think a little bit more. So many of you, you are intelligent but you are not thinking. Think. InsyaAllah. SelamAleykum.

This entry was posted in Questions and Answers, Sheykh Lokman Effendi (2020). Bookmark the permalink.