Question: I read on your website a Turkish saying that translates to: “The aim of Tasawwuf is to raise the murid to become the Insan-I-Kamil.” Can you please enlighten me on this issue and how to satisfy the heart? 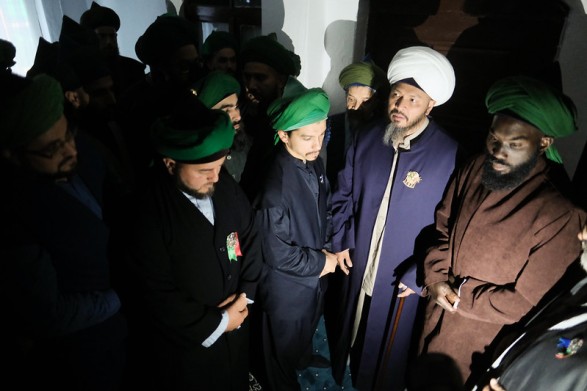 I am saying this is very close together, very tied together. This is not words I’m putting from one to another. This is exactly what Allah SWT commanded His habib in that cave, in that cave that he stayed with Hz Abu Bakar as-Siddique, in that cave when they stopped before they went to Medina, in that cave where so many miracles happened and the unbelievers were hunting them down to kill them. In that cave was held the first zikr of the Naksibendi order. And in that cave, also Allah SWT is showing to the Prophet (AS), his ummat, the whole ummat and our Prophet has the highest number, the biggest ummat belong to the Prophet (AS). 124 000 Prophets that came, so many of Prophets although their ummats are big but the people who believe, they are very small, it’s only a handful. And so many of them it only lasted for one generation.

Sheykh Effendi is saying, on judgement day, so many Prophets you are going to see, they are standing and not one single person from their nation who is behind them to follow them, because they all rejected them. Understand, Hz Nuh (AS), millions were in that world, how many followed him into that ship, into that ark? Seventy three, a handful. But, in that day, in that night, when Allah SWT pulled His habib and the habib of his habib, in that cave and Allah showed him his nation and he was being very happy because his nation was big, his nation was beautiful, his nation was pure and he was very thankful and happy and proud of his nation and thankful to Allah SWT. Then he saw how his nation in that perfection that Allah SWT has created His nation, that perfection, it slowly started turning into something that is corrupt and is evil and this is the nation of the Prophet (AS), especially in the last days. And the Prophet (AS) grew very sad and he started crying and begging Allah to turn his nation back in to that level of purity. Allah says, ‘that is your job. Your work, your mission is to return your nation that I created them in perfection, for them to return to Me in perfection also.’ And the Prophet (AS) said, ‘it is too big a job for me, Ya Rabbi.’ And Allah then said, ‘I will send helpers to you. Don’t worry.’ And his helpers are the Sheykhs of the Naksibendi order. From that time until today. That their mission is to turn the mankind back to Maula, to bring them to a level of perfection and purity. Don’t think perfection and purity is the way that you understand it also. It is the way that the Sheykh is going to understand what is the level. Maybe for that one, for him to be pure is that level. The other one for him to be pure is that level, the other one is this level, the other one is this level. 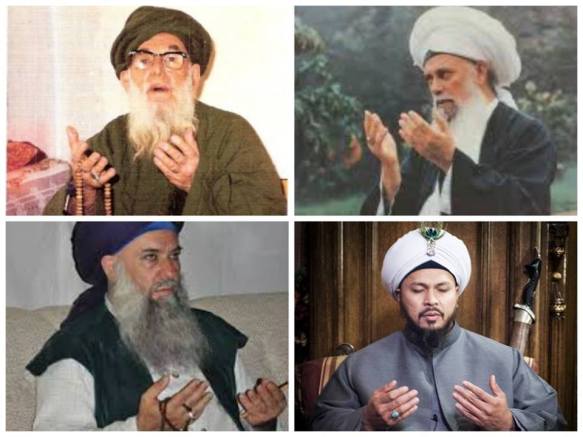 We don’t live in a world, in existence of perfection. How are we going to know what is perfection or not? So the Naksibendi Sheykh they have been sent then to bring people from this lower world, to prepare them for the higher world. And with that Prophetic work, Prophetic job that is given to them, they try to make the man to become not insan I-kamil in the level of insan I-kamil as the Holy Prophet (AS) is kamil. And especially in the ahir zaman they say in the perfection that only you can be perfect, can be perfect from it, not other people. Meaning only at your level, especially in this ahir zaman, they don’t give you anything that you cannot carry. And they say rise to that level, don’t look to other people. You cannot do that. You cannot compete with them and you cannot come even close to them. So it’s not the kamil, the perfection of the Prophet(AS). It’s not even the perfection of the Saints, but especially in the last days, they say at least have one kind of perfection, at least one kind of faith, at least have one kind of connection that is perfect so that you don’t have any doubt in that. One kind, and that is to hold on to your Sheykh. When you have that, with that one kind, everything else they can transform it for you.

You are doing everything correctly, you think you are perfect with your service, with your ibadet, with everything but your heart is not connected to your Sheykh and it is not perfect in a way that it is corrupted with was-wasa, with doubt, with all sorts of things, then nothing is going to save you so much. Then you cannot reach to your level of perfection. Because they are saying, if you can reach to your level, then we can take you, we can bring you to another level. Then they can take you, bring you to another level, another level, another level.

Allah SWT is saying, there is a knower above every knower. And in the hadiths e-Sherif that we are speaking about in the khutba, there is always going from one level to another level, to another level. You don’t just go straight up like that. And Allah is saying, take one step to Me and I will take ten steps to you. In Islam Allah is not saying, ‘you must take ten steps to Me. You must be perfection.’ Take one step. But you must take one step. You cannot say also, ‘I cannot even make that one step, let someone else to take that step. Someone else has to die for me.’ No. You make a mistake, you have to fix it. You know that this works in this world, isn’t it? You make a mistake, you have to fix it, one way or another. There’s no such thing is this world, you make a mistake and you tell somebody else to fix it. It works here, it works in the heaven also.

So what does it mean now, the cleaning of the heart, how to connect yourself to the Sheykh? You have to put the Sheykh in your heart. Not as an idol. I see people also putting Sheykh in their heart as an idol. They are not there to spend time, they are not there to talk, to consult, to understand, just like the companions were with the Prophet (AS), to understand everything that is happening there. You see, the closest companion of the Prophet (AS) still it is Hz Abu Bakr as-Siddiq. No matter how high Hz Uways al-Qarani is, that he has so much love, so much connection spiritually, it’s still Hz Abu Bakr as-Siddiq but why is it just Abu Bakr as-Siddiq? Because Abu Bakar as-Siddiq (RA) he is the one who spent the most time with the Prophet (AS). He is the Prophet’s shadow. So these days people think that they can follow a Sheykh without even knowing anything. Without speaking, but of course I’m talking about people who say, ‘I follow,’ and then their mouth starts turning like this and like this and before you know it, they say, ‘where you get this from?’ Oh I get it from my Sheykh but the Sheykh he never says that. He never did that, no one else is doing it except for you because you think you are special. But you have already corrupted everything. And you make your Sheykh then into an idol. That you want to worship according to your own ego, and you will project everything there to that. It’s not what the Sheykh is saying, it’s your own fear, your own ego, your own sheytan, you project there. Because the idol also they have no existence. Idols have no existence. It’s not as if the idol there is existing and it is threatening Allah. Idols can never threaten Allah. It’s not like there is two gods and then one is fighting, hasha estaghfirullah. It’s not like that.

To be in sohbet, that’s why sohbet is important. Tarikat, to be in sohbet, it’s not just to sit for 5-10 minutes like this also. To be in association. To be, to your life and the life of your Sheykh and the life of the Jama’at, to be together, just like the companions were with the Prophet. Just like that. So, when it is like that, then the heart when you start putting your Sheykh there and this is not an easy thing to do, it’s not. Your ego will rebel. Your ego will hate it. Your sheytan will hate it. Your dunya will hate it. Everything else is going to tell you this is wrong, this is bad and this is when it becomes a fight. This is when it becomes a struggle. A holy fight, a holy struggle where you have to step on your ego. Then after a while of fighting, you will find some sort of ease and contentment. You say, ‘ah, I’m seeing. I’m stopping myself from being an idiot and I’m seeing what are the gains.’ just to have common sense. Because don’t think that when the ego fight, when sheytan fight, it fight with intelligence or common sense. It doesn’t. There is no common sense. It’s just a lot of sound, a lot of noise. But when we say, ‘what is it?’ So many times you cannot even find the words because sheytan says don’t find the words, don’t put it down neatly and nicely. Be as confused as possible so that that small confusion it fills up your brain as if it’s a big confusion. But once you start talking about it, understand it, it becomes really small. And that’s exactly what your ego doesn’t want. Because it is small. It’s not something that is huge.

So once you start doing that and you fight and the Sheykh will knock you wall to wall, you have to change. Your heart will start transforming, your heart will start getting clean up. And when you do that, then that time there will be a connection and you will start doing things the way that Allah and His Prophet and your Sheykh wants and not according to how you want. Then it goes from there. There’s so many steps. insyaAllah may we be those ones who are on that way insyaAllah and to hold on to our Sheykh properly. Wa minAllahu taufiq. Al-Fatiha. Amin.

This entry was posted in Questions and Answers, Sheykh Lokman Effendi (2020). Bookmark the permalink.