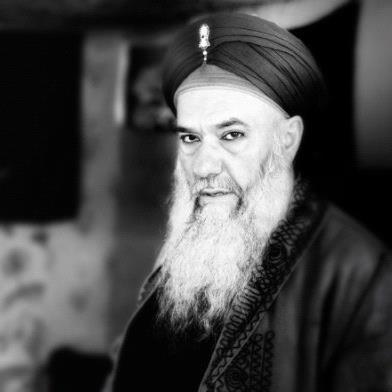 Sheykh Abd Kerim is Maulana Sheykh Nazim’s worldwide representative (khalifah). He is blessed not only with sacred lineage, being a descendant of the Holy Prophet’s family, but he is also blessed with royal lineage of the Ottoman Sultans. He was also born in Cyprus and personally raised and trained in the religion of Islam and in Sufi disciplines by his master Sheykh Maulana Nazim Adil al-Hakkani al-Kibrisi and by his grandmaster Sheykh Abdullah Daghestani; as well as his own father Hajji Fuat Mehmet Savaskan.

His real name is Aydogan Fuat, he was born in the city of Polibak. Ever since the day he was born, he is in a Tasawwuf lifestyle. Since his childhood, he grew up near Sheykh Nazim Kibrisi Hazretleri and attended almost all of Sheykh Nazim’s sohbets made in the Lala Pasha Jami at Magosa. He acquired many practical skills and knowledge across a broad range of subjects, especially Ottoman civilization. In addition to his formal education, as a young boy he was trained as a welder and as a shepherd, a profession of Prophets. Identified early according to Ottoman traditional wisdom as a candidate for leadership.

Sheykh Abdul Kerim’s lineage traces back to the family of Prophet Muhammad sws and the Ottoman Sultan. From his father’s side, one branch reaches to Fatih Sultan Mehmet. From his father’s mother’s side, he reaches to Hazreti Husein and Ibn Abbas. His maternal grandfather is from the Awliyaullah, Salih Emir Ali Hazretleri. He is from the lineage of Hazreti Hasan and Abdul Kadir Geylani. His maternal grandmother’s side leads back to Mawlana Jelaluddin Rumi.

In November 1973, he enrolled voluntarily in the military to defend his family and home city during the Cyprus civil war. He served as a commando around the Famagusta city walls until the war end in 1974. He happened to be in the the commando brigade that took over Marash in 1974. And he showed great heroism there. He was awarded the Gazi (Veteran) medal for heroism by showing his love to his country and people. 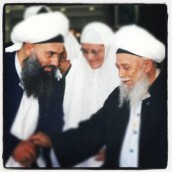 In 1976, after the war, Sheykh Maulana Nazim sent Sheykh Abdul Kerim to New York, as his first khalifa and representative in the West, to instill love for Islam in the hearts of Americans. At the same time he served as a diplomatic attaché to the United Nations Mission for Cyprus, before becoming a U.S. citizen in 1979. While working at the UN, he witnessed first hand the corruption and hypocrisy rampant in global politics. Frustrated when he did not find Truth and Justice amongst the leaders of the world, he became a self-employed businessman, serving and educating people about Islam face-to-face. For more than thirty years, he has devoted himself to help people of all walks of life to better understand Islam.

In the mid-1990s, Sheykh Abdul Kerim established the first Naksibendi Sufi center in New York City. At about age 40, he became the full-time spiritual guide and religious leader for a diverse community of new and born Muslims. He traveled extensively through Turkey, Cyprus, and Europe, gathering students to the Naksibendi Sufi order under Sheykh Maulana Nazim. He called people to Islam by founding Dergahs in countries such as Germany, China, India, South America and South East Asia. Through the Dergahs that he established, he has played a pivotal role in injecting Allah’s love in people who are in depression and drug addiction in a continent like America. Many people who have fallen into substance addiction in the Harlem slums have been saved by his tireless efforts.

In June 2001, Sheykh Abdul Kerim was arrested in Izmir, Turkey, for leading zikir in his private quarters. He was charged with violating constitutional laws related to dress code and religious titles, as well with violating national security laws that forbade speech against Turkish secular identity. As he was not a citizen of Turkey, none of these laws applied. However, he was held illegally in prison for nearly six months under egregious conditions, with no external contact or communication, until his acquittal in December 2001. U.S. State Department, Congressional, European and NGO focus on his case highlighted systemic human rights abuses that were stalling Turkey’s entry into the European Union. While himself in imminent danger of torture in prison, Sheykh Abdul Kerim continued his fearless Islamic, non-violent, outspoken stance on Turkey’s official persecution of its Muslim citizens.

Sheykh Abdul Kerim’s activism then and in subsequent years was instrumental in awakening the Turkish people to their Ottoman traditions and history, resulting in a change of government in late 2002, modification of laws on freedom of expression and freedom of religion, and catalyzing Turkey’s emergence as a credible regional power.

In the summer of 2002, Sheykh Abdul Kerim established the Osmanli Naksibendi Dergahi in Sidney Center, as a community of Muslims who prefer to live a simple life centered on worship and the traditional lifestyle of the Holy Prophet Muhammad (peace be upon him). The center is open to everyone who wants to learn and participate. Sheykh Abdul Kerim himself taught members the life skills needed to operate the farm and to live as a community _ from cooking, to welding, to animal husbandry, to carpentry, to prayer, to conflict resolution, to cheese making, to song writing, and more.

In 2010, the Sidney Town Board threatened to disinter the graves of two Muslims who were buried at the Osmanli Naksibendi Cemetery. Under Sheykh Abdul Kerim’s leadership, international and local outcry rallied people from diverse creeds and backgrounds in the name of Truth and Justice to stop the Board’s ill-informed plans.

Sheykh Abdul Kerim has been working to make people love Allah in this New World for years. By purchasing some land in the little village of Sidney Center, he is establishing the Osmanli Dergahi that he was dreaming of with his intrigue of the Ottomans, the law and justice of the Ottomans. He always took the accomplishments of the Ottomans in knowledge and culture and human social relations as an example for himself. As a grandson of the Ottomans, Sheykh Effendi is active in making people assimilate the culture that is present in his genes by living in these lands.

Before he left for his last journey to Cyprus, Sheykh Abdul Kerim designed, oversaw construction, and opened a new mosque at the Sidney Center site. Earlier in his travels around the world, he had opened autonomous Osmanli Naksibendi Sufi centers in India, Germany, Peru, Argentina, China, Turkey, Cyprus, Malaysia, Florida, Virginia and New Jersey, to serve the needs of his local students in those places.

Sahib el-Sayf Shaykh AbdulKerim el-Kibrisi el-Rabbani, was veiled from this earthly realm on the 10th of Shaban, 1433 (June 30th, 2012). He passed from this world in the island of Cyprus and was buried in his native city, Famagusta, in a cemetery dedicated to martyrs of the Ottoman Empire. The mission, the work, and the teachings of Sahib el-Sayf Shaykh AbdulKerim el-Kibrisi el-Rabbani are continuing. Before being lifted to Higher Stations, Sahib el-Sayf Shaykh AbdulKerim el-Kibrisi el-Rabbani appointed his Wakil, Lokman Hoja Efendi, to carry on his mission in his place. This appointment has been accepted and confirmed by Sultan el-Evliya Shaykh Mawlana Muhammad Nazim Adil el-Hakkani. Sultan el-Evliya has accepted Lokman Hoja Efendi and given ijazah (permission and authorization) to the Osmanli Naksibendis to continue their mission.