How do we know our role in the community?

Posted on January 3, 2019 by sahibulsaif

Question: When trying to put priority into what You say as far as reading Our Book, what do we do if we feel other things are pulling us in our community such as Quran classes, fiqh classes, or da’wah? How do we not get fooled by our ego and others? The Ulema keep insisting that everyone should be active in the community but it’s hard to know what is our ‘role’. 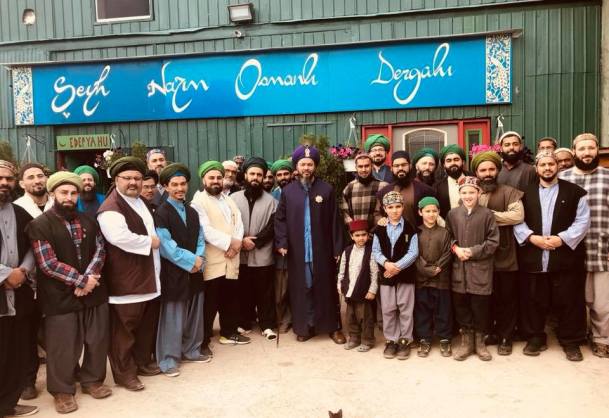 If people are pushing you to go learn this, do this, do this, you’re a mureed, they’re saying one thing and we’re saying another thing, am I going to force you to listen to me? No, you may go if you want. But you’re following now, ‘I’m following my Sheykh.’ Of course these days people forget their promise. Beyat is like anything, today is like this tomorrow is like that. There’s no promise. But you take promise, the Sheykh is saying, ‘this is what you’re going to concentrate on.’

Once upon a time they say, ‘I don’t need to look at anything else, this is enough for me.’ Once upon a time, the mureeds are even saying, ‘I don’t need to read anything, I must only read my Sheykhs sohbets, everything is there.’ This is coming from belief. They believe. And ego is going to say, ‘what do you mean? You think everything is in there? What about this? What about that?’ And they say, ‘shut up,’ to the ego. Just for them saying shut up to the ego and fighting against the ego, saying, ‘now I’m going to fast. I’m only going to do something, I’m going to put my mind into a different sort of seclusion to read only my Sheykhs books and the sohbets, my ego is going to go crazy, but I’m going to tell him, move aside, all this time I’m listening to you, now let me do something else.’ Nothing bad is going to happen to you.

Sahabi-e-Kiram they had to do that. Even when they had knowledge they had to do that. Hz Umar, he had a copy of the Taurat-e-Sherif in front of him and he was reading it. And the Prophet (AS) saw him reading it and saying, ‘what is that ya Umar?’ Of course he knew, but this is for us so that we all know. Hz Umar says, ‘this is Taurat-e-Sherif, of Musa.’ And the Prophet (AS) said, ‘ya Umar, if Musa was alive he would be reading my book. He would be following my way,’ you understand? So now, this is the way of Tarikat. You follow it, good things will happen to you. So, this is a matter also, like I said before, of putting things aside. Everything is going to tell you, because you grew up, most people they grow up listening to every voice out there telling them what. No one, until we met our Sheykh, has said, ‘no, this is my guide. I’m going to follow this one.’

Some they are trying to put doubt, they say, ‘well, no one man knows everything.’ So what happened to the Prophet (AS)? Not this world, he knows knowledges of thousands of worlds and knowledges of the Divine. Prophets they know. Evliya Allah they know when it is necessary for them, they will not claim anything. But we know how our Sheykh is. Some expert coming, saying a couple of things, trying to impress people, Sheykh Effendi says, ‘but what about this? What about that?’ he tied them up already. So many people are telling you, ‘this is the way of Islam and this is the way of Tarikat too,’ say, ‘this voice now, this is not my Sheykh, he is my butcher. My butcher is just going to give me good meat. This is not my Sheykh, this is my, let’s say, friend. This is not my Sheykh, this is my father. This is my mother.’ Your Sheykh, your guide is something else. He is the one who is in front of you representing the Holy Prophet (AS).

Now if you now understand that and you say, ‘everything else can take a back seat, this one I’m going to hold on to.’ That time you will find Siratul Mustaqim. Hold on. Which is not to say, the Sheykh is going to say, ‘don’t listen to no one, don’t listen, you go to doctor? Ha, what did doctor say? Don’t listen to him. Where else you go? You go to market? Don’t listen to him,’ no real Sheykh is going to say that. He’s going to make you to understand now what is real knowledge, what is information, what is coming from ego, what is coming from sheytan and to use it properly, you understand? So those ones who are confusing you, doing all these things, it is not in this way, we don’t expect them to be in this way because they’re not in this way anyway. Don’t you know, in fourteen hundred years the Ulema has always been majority of the time, until the Ottomans, the Alim and the Ulema they’ve always been against to Tarikat? Until the time of the Ottomans, majority of them they’re against to Tarikat, against to Sufism, against to Tasawwuf. And now we’re coming back to that point now.

May Allah guide us insyaAllah, and make it easy for you. Selam Aleykum wa rahmatullah. Wa minallahu taufiq, Fatiha.

This entry was posted in Sheykh Lokman Effendi (2018). Bookmark the permalink.